June 19, 2013
Pathway and gene set analysis is a common procedure for interpretation of RNA-seq or other genome-wide expression assays. Most of the time, we use GSEA to tell us whether our gene sets of interest are up- or down-regulated. We can use gene sets from KEGG, Reactome, GO, MSigDB and other sources, but you can also generate your own gene sets. The format used for GSEA is gmt. I'm going to take you through two examples of generating custom gene sets:

Let's say you're interested in the transcription factor STAT1. I found a dataset in GEO called "Knockdown of STAT1 in SCC61 tumor xenografts leads to alterations in the expression of energy metabolic pathways", which has a paper in BMC Med. Most uploaded array data sets can be reanalysed with GEO2R, which runs the array analysis tool Limma but this is embedded in the webpage and has a GUI which makes it very accessible for biologists. 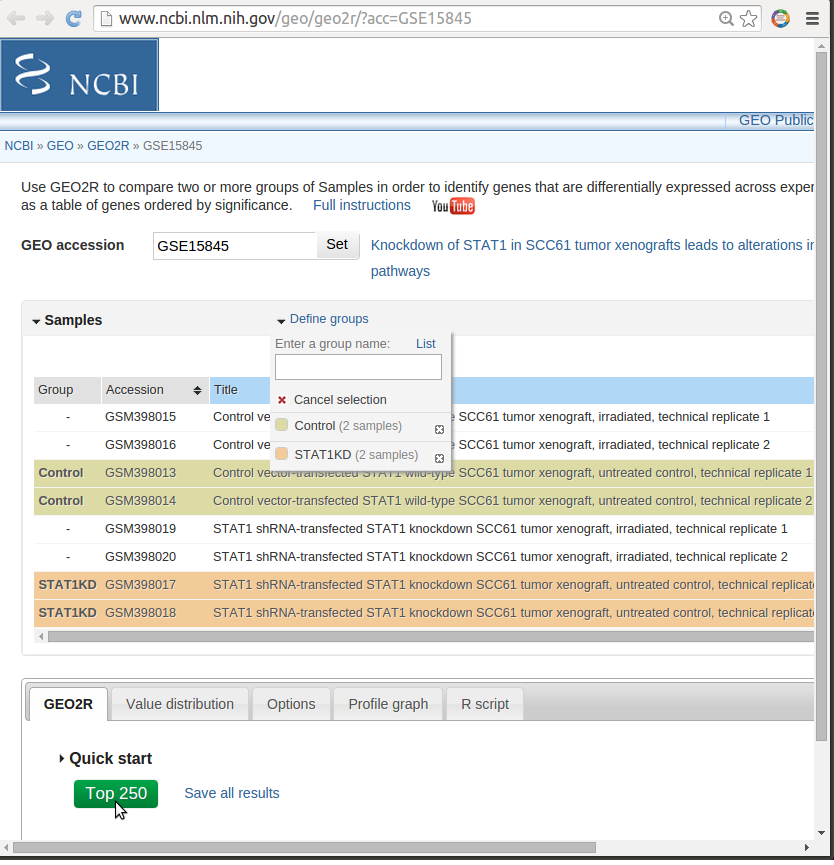 Then click on the "Top250" button and this will kick off the comparison of the samples and show the top 250 differential array probes. You can then click the "save all results" button and save to a file.  You might notice that some probes have multiple associated genes, in which case we can include both/all the gene names. To get to a gmt format, we need the gene list to be organised horizontally with the two left-most columns set aside for metadata. Normally the first column is the gene set name and the second is a link to a paper or GEO accession. In our case to make it streamlined, I've included some metadata (ie, the GEO accession) in the gene set name, while leaving only "NA" in the second column.

In this example, because the adjusted p-values aren't that great, I've selected a non-adjusted p-value threshold of 0.001 which gives us a few hundred genes in either direction if you run the script below. You may also want to filter on fold change if that is part of your standard pipeline. If you don't like using command line scripts, then it is still possible to make a gmt file manually using spreadsheet filtering and transposing.

StarBase is a repository for CLIP-Seq and degradome seq and provides a database for potential microRNA-mRNA target information and is a useful resource for predicting the function of microRNAs. If you go to the StarBase website, go to the miRNA-target relationship page. Leave all the pull-down menus blank and hit the "Search" button and it will bring up the complete StarBase microRNA-mRNA target set. Hit the "export as excel" button and it will be downloaded. 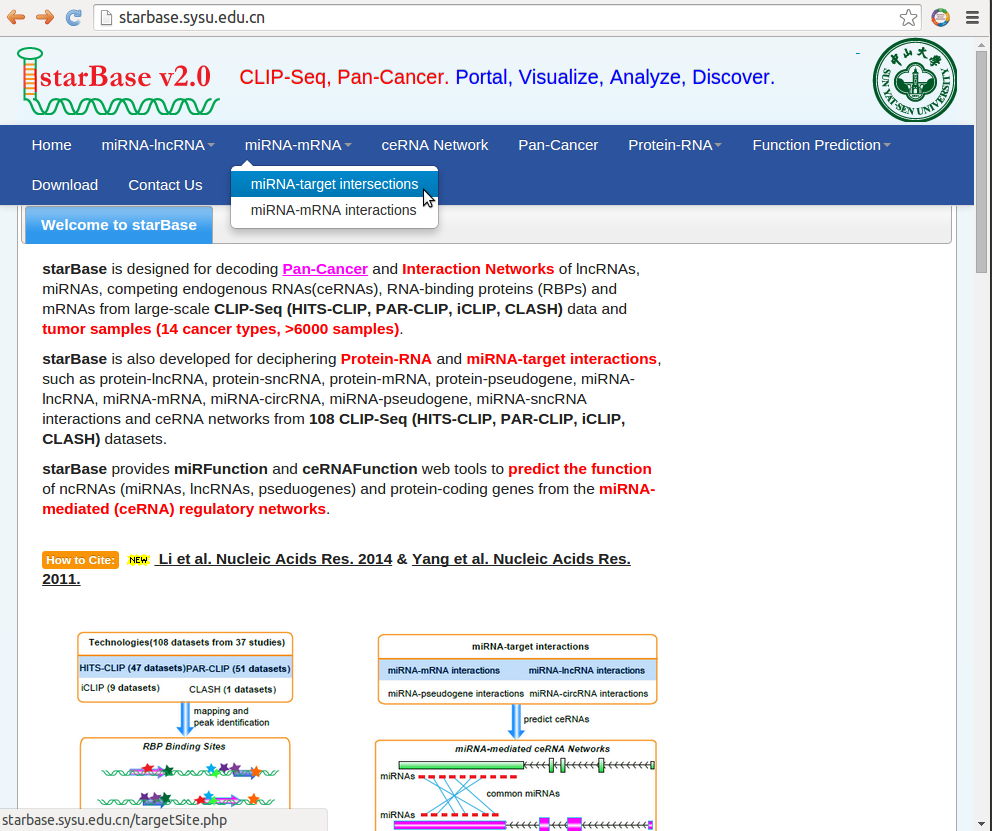 You can run the below script and it will generate a gmt containing sets of genes which are targeted by specific microRNAs. You will need to check the name of the starbase csv file.


The result from the first few lines and columns looks good and is ready for GSEA.

These are just two obvious examples of data mining for pathway analysis, but there are many more, such as directly searching through journal articles. If you have come up with a cool way of mining gene sets, I would love to hear about it.
bioinformatics gene expression Gene set analysis pathway analysis
Location: St Kilda VIC 3182, Australia