May 07, 2015
Pathway analysis is a common procedure for determining the regulation of groups of functionally linked genes. There are a lot of pathway analyses strategies available and I can break them down into these groups:


Now these each have their advantages and disadvantages. I wanted to see whether I could make a tool pathway analysis tool that could be run with just one simple command and didn't require expertise in R. It would run quickly for >10k gene sets and have a lower memory footprint than GSEA.

I wrote a pathway analysis in Bash. I know. Its crazy. But it works. It works in Ubuntu, Fedora, Debian and Mint. Its called ZGST, for Ziemann's Gene Set Test. It is available on Sourceforge now.

I selected GSE20602, an experiment comparing 4 control kidney samples with 14 kidney samples from patients with nephrosclerosis. Then I downloaded MSigDB v5. Then ZGST can be run quite simply:

So here's an example of my GEO2R generated analysis.

Alternatively, a config file can be used to specify more options:

So here's the top 10 most deregulated pathways in the nephrosclerosis dataset: 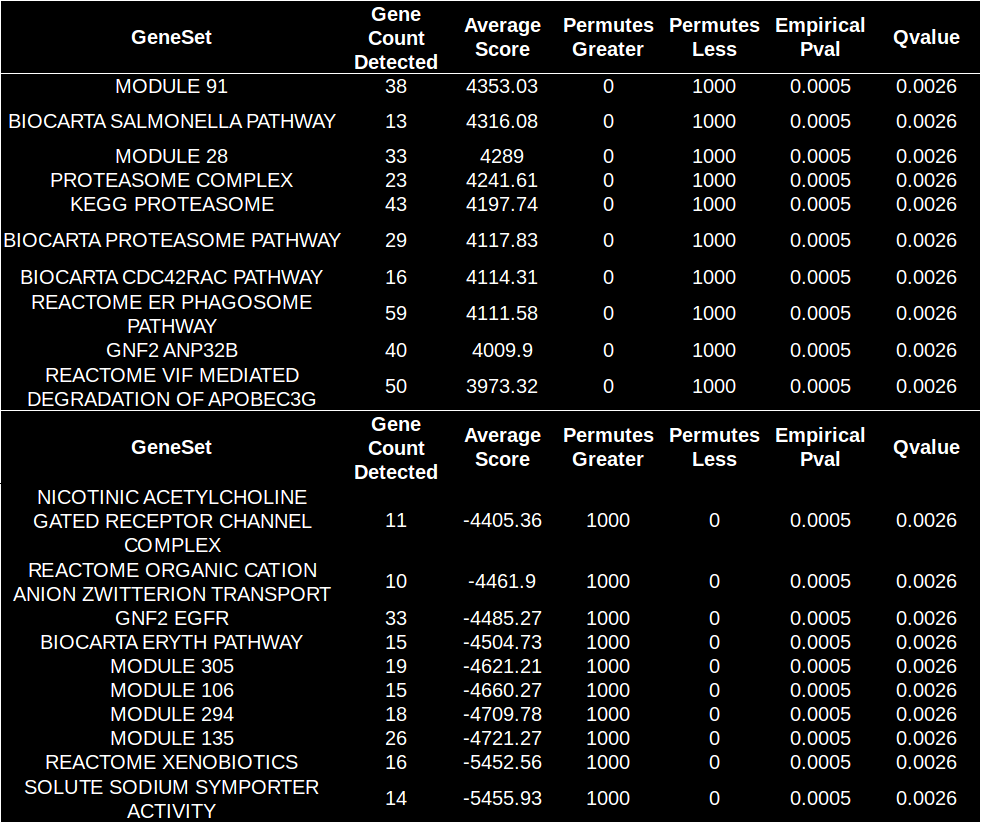 And it also outputs volcano plot too, with the members of this gene set highlighted in blue.

Then I compared the gene set results by plotting the GSEA (classic) enrichment score against the ZGST rank sum score. Expectedly, the results were very similar, with some interesting differences about the middle of the plot. The shape of the plot could be due to how GSEA calculates the ES and how the ES is never very small (<0.01). 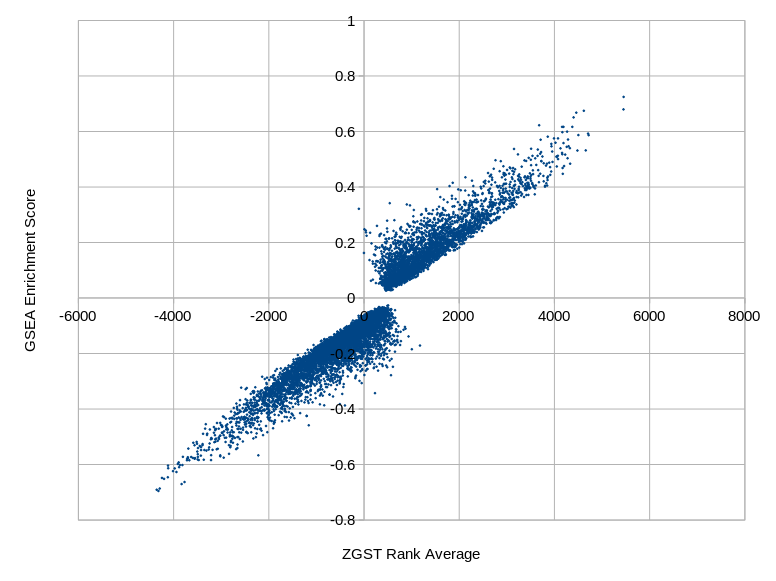 Lastly, I looked at the overlaps of the statistically significant (FDR<0.05) gene sets, which confirms the large overlap in the gene set identification. I did notice 33 gene sets that were discordant between the two methods. 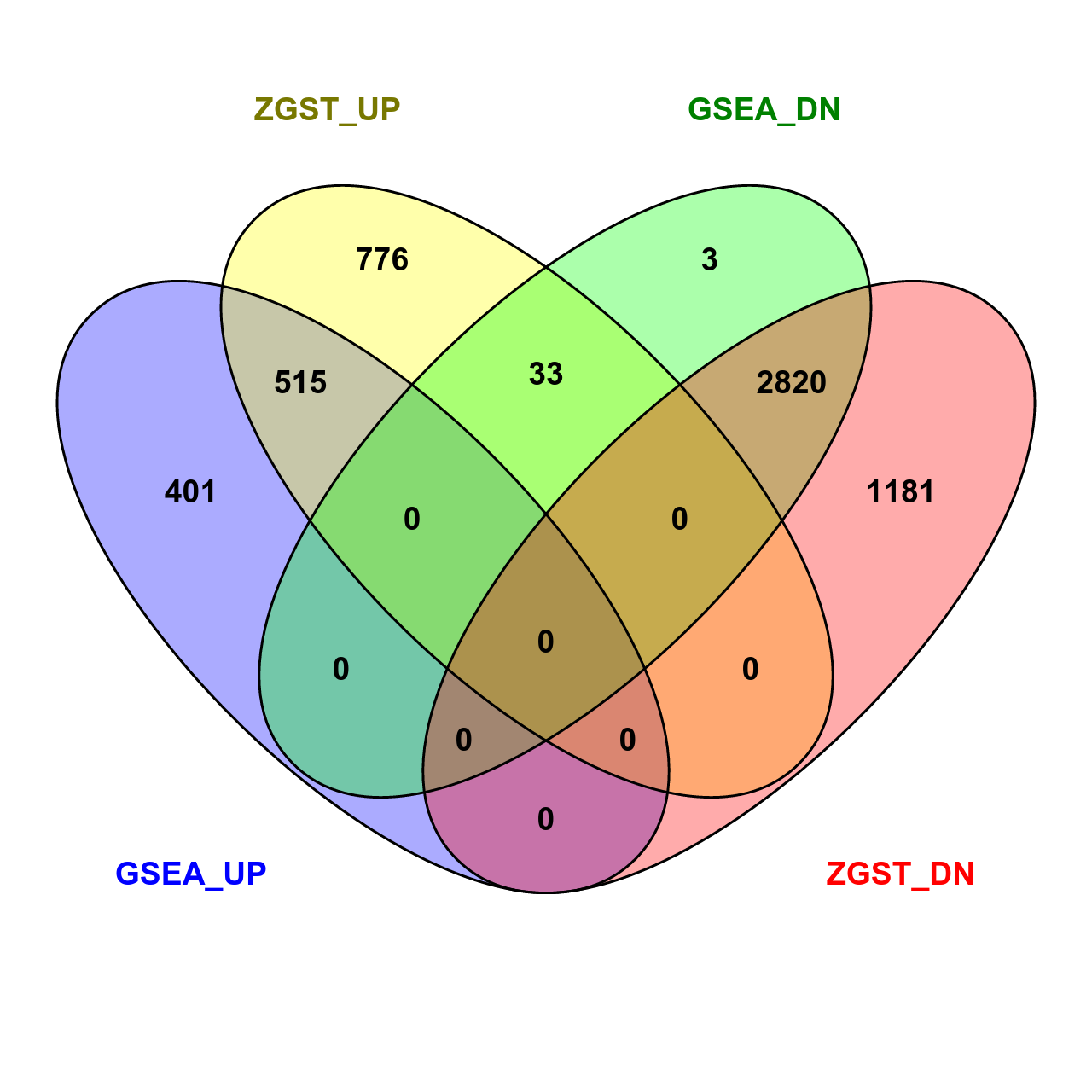 I'll discuss these differences in more detail in another post.